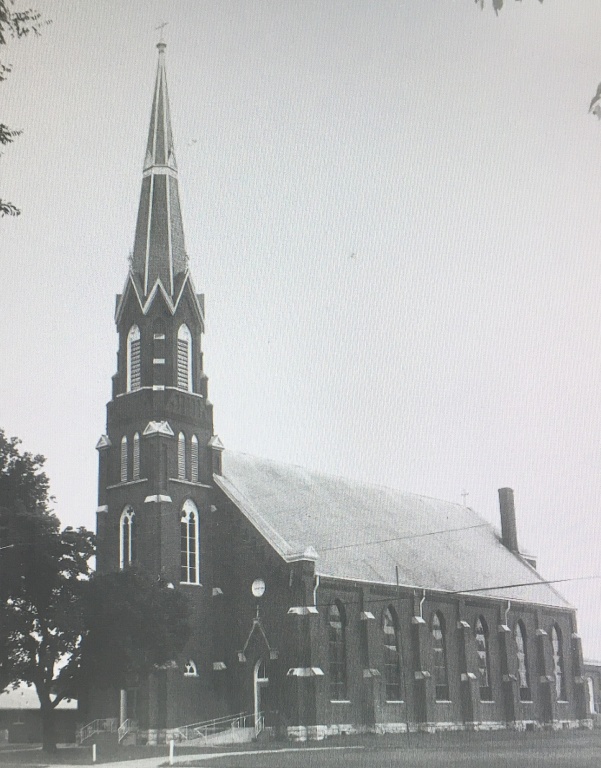 In the year of 1836 a group of settlers left Germany and sailed across the Atlantic Ocean and up the Mississippi River to begin a new life in a new land. God was a high priority in their lives for within two years they had built a church. This small group of people had remarkable courage, tenacity and ingenuity and great faith in God and they have passed it down many generations to the present members of the parish.

Sugar Creek Settlement, now known as St. Paul, Iowa, has the distinction of having erected the first church of God in Lee County. In its earliest days this community had thirty-eight members all of whom were Germans. By 1841 Bishop Loras gave an acount of his stay in Fort Madison and included the following: "Thence the bishop visited West Point, a small town some ten miles west of Fort Madison. From West Point the bishop journeyed to Sugar Creek, where there are 116 Catholics within a radius of five miles."

The first church at Sugar Creek was a log building erected by the first settlers. It was about 24 by 36 feet. Today the spot is marked by a statue of Mary. In 1853 Bishop Loras gave permission to the people of Sugar Creek to build another church. This time a brick edifice about 60 by 40 feet was built on the northeast corner of the present church property. In September of 1867 Father Matthias Michels was appointed as the first resident pastor of St. James. The untiring zeal and labor of both pastor and people caused the parish to flourish. Starting in 1873 Fr. Weikmann began to serve the parish. It was during his pastorship that the present church was erected. The 60 by 140 foot church is gothic in style. The 165-foot bell tower rises majestically above the surrounding territory and can be seen for many miles. On September 19, 1883 the church was dedicated by the Most Rev. Henry Cosgrove, administrator of the Diocese of Davenport. By now the parish consisted of approximately 100 families.

On August 13, 1887 a storm of cyclone destruction came through the tiny town of St. Paul. Much was destroyed, including the church. The storm removed half of the roof off the southeast corner and moved both side walls out of their position. The rear and front walls and the spire remained intact. Three years later a fire erupted when a lighted chandelier fell and set the church afire causing serious damage to the contents and the walls. Soon, the building began and on Sunday June 18, 1893 the present church was consecrated by Bishop Cosgrove.

In 2001, an extensive restoration of the interior of the church was begun. Much needed repair of plaster and refurbishing of many items in the church were undertaken by a dedicated committee and Fr. Dennis Hoffman who was paster at that time. On September 12, 2001, Bishop William Franklin of the Davenport Diocese was present to bless the newly redecorated church. 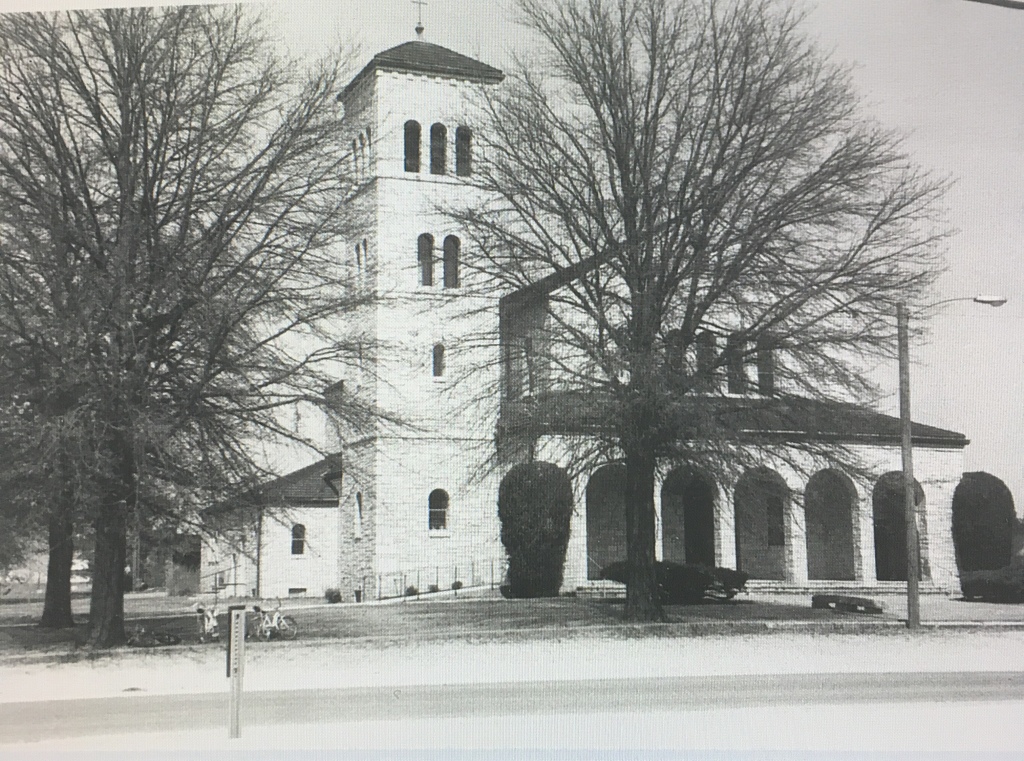 The Catholic families living near Houghton in 1890 were members of St. James Parish at St. Paul. When they thought there were enough interested members and they were financially able to promote the idea to build a Catholic church in Houghton, a delegation went to see Bishop Cosgrove. Bishop Cosgrove gave permission but said they should help rebuild the St. Paul Church, which had been damaged by a fire, first.

Six acres was deeded to the Rt. Rev. Henry Cosgrove, Bishop of Davenport, on February 28, 1893 for the purpose of starting a church in the community of Houghton. The first St. John's church was a frame structure 37 by 66 and 20 ft. high, exclusive of the belfry. It was built by the Catholic farmers of that vicinity. They started building in 1895 and completed it in May, 1896 at a cost of $2,800.00. The parish school was set up on Feb. 1, 1897 with John Middendorf as teacher. Rev. John Kempker was the first pastor assigned to Houghton. He celebrated his first Mass there on June 12, 1898 and the church was dedicated on Sunday, September 25, 1898. Father Kempker completed and furnished the church and erected a 28 by 48 building to the east of the church which served as a school and pastor's residence combined.

Father John Adam was assigned as pastor to St. John's parish in November, 1901. In 1902 Father Adam erected a new brick rectory to the north of the church. In the same year he contacted the Sisters of St. Francis to teach at the parish school. In 1904 an additional 1.5 acres for the church at Houghton was deeded to the Rt. Rev. Henry Cosgrove, Bishop of Davenport.

St. John's Church was completely destroyed by fire on March 13, 1908. The cause of the fire was unknown as there was no fire in the church during the day for heat. Many items were carried out and saved but not all. Sunday services were held in the chapel of the Sister's convent and school building. A building committee was appointed and the cornerstone was laid August 2, 1908. This was to be a brick structure 44 by 108 ft. with a 100 ft. high tower. It was to be heated by a hot air system and the cost of the building complete was $25,000.00. The new church was dedicated on Ascension Thursday, May 20, 1909 with Rt. Rev. Bishop James Davis officiating.

In 1914 the old school building was enlarged and a chapel was included. In 1922 high school classes started. The new school building was dedicated on November 23, 1923. Father John Adam remained pastor at St. John for 39 years until his death on October 4, 1940. Father James Gookin came to Houghton in 1940 after the death of Father Adam. He stayed only until 1941 when Father  Charles A.B. Van Waus became pastor. Because of ill health he had an assistant, Father Paul Budreau. Father Van Waus acquired two more acres for the church on September 15, 1942.

Father Van Waus retired after the fire in 1944 and on February 20, 1944 Rev. Albert R. Goetzman was installed as pastor of St. John's Church by Rt. Rev. M.A. O'Connell, dean of the Keokuk deanery.

In September 1945 the first work got underway to build a third church for St. Johns in Houghton. In December 1946 the cornerstone was laid. In November 1950 Mass was celebrated in the basement of the new church. In June 1951 the stone church with brick interior was dedicated. The dimensions are 134 ft. long, 81 ft. wide in front and 74 ft. wide at the rear and 52 ft. in the nave. The tower is 57 feet high. On October 20, 1963, a new rectory was completed. The old rectory (built in 1902) was torn down. A glass enclosed walkway from the rectory to the sacristy of the church was completed in 1965.